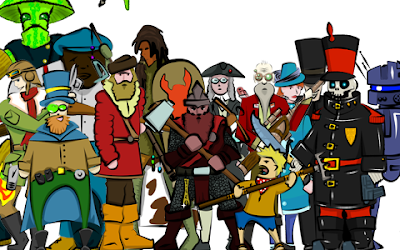 You will find an assortment of characters here, some existing as pre-gens, some as characters that were actually played by the GOBlins (and therefore represent campaign considerations), and others that exist somewhere in between...for my settings, and for other people's campaigns. None are really meant to be used by anyone else, but exist simply as inspiration for others.


CALL OF THE WILD

Flood: A human with magic over water and a murky past.

Benjamin Warren: Spy and mage for the American Patriots
Posted by Brent Wolke at 10:25 AM